Day 2 | Im(pulse) to participation in the Canary Islands

“From the peninsula you have another image of the islands: you don’t know or value the natural and architectural heritage that we have,” says María. She is from the technical team of participation from a neighborhood in the south of Gran Canaria. Her husband is a teacher and works up north. “Every morning we both leave the house dressed as if we were going to work in different countries,” he jokes. An example of the island’s contrasts.

María is one of the collaborators who attend the citizen laboratory organized by CivicWise on the Participa Gran Canaria platform, a website based on Consul, the free software created by the Madrid City Council to support citizen participation. This platform is already used by some 60 institutions from 16 different countries around the world, from Montevideo to the city of Gwangju in South Korea, from the region of Nariño, in Bogotá, to Golmayo, a town in Soria with 2,500 inhabitants that holds the title of being the first municipality governed by the PP that has opened talks to replicate the technology invented by the hackers of Carmena. 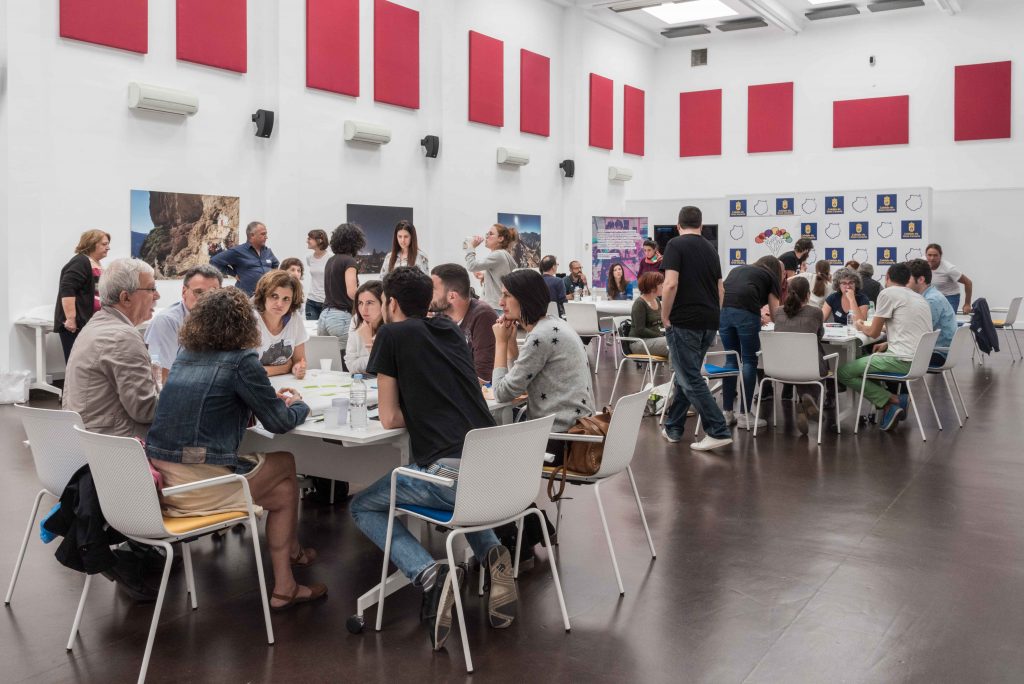 The Canarian Cabildo activated this platform last September and already has about a hundred proposals. The first in the ranking has 176 supports and asks to end the plastic use on the island. As indicated on the same website, there is still 5,974 more to go to for the next phase. There are 6,000 citizens registered on the web platform and 1% of the census is what is needed for this idea to pass a technical evaluation and reach the plenary session. Precisely, one of the citizens’ initiatives calls for a reduction in the number of supports required. “Sometimes I think that no proposal is ever going to reach 5,000 supports,” says Laura Concepción, a computer engineer and programmer for the Cabildo’s Participation Platform: the woman steering the technological ship in a department with a male majority. She says she would like her presence “to give visibility to a career that still has few women, and far fewer women in the managing positions,” she says. Laura begins the workshop organized by the CivicWise network in the afternoon, after the citizen laboratory, and already behind closed doors, with the participation team of the Cabildo. But after the four hours of workshop she will change her perception. 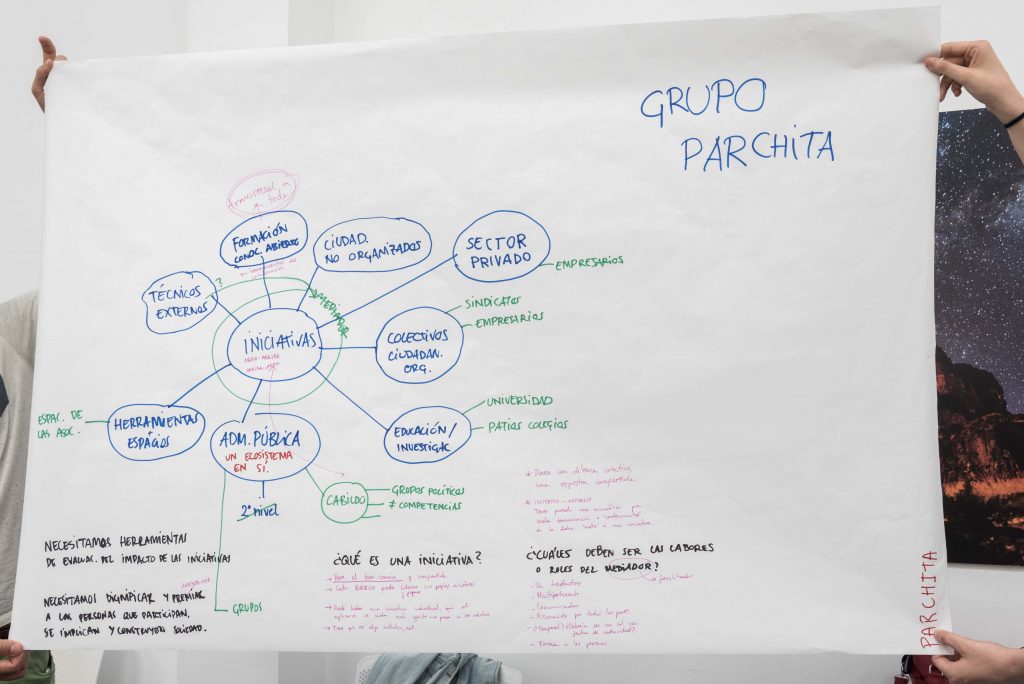 Perhaps the most suitable proposals are not the most voted for, and the most voted for may not be the most inclusive, María says. And how much technology per person is out there? The technology gap widens when it comes to the most popular social networks. “The problem is that people use Facebook to ask the mayor for things,” says José María García Navarro, designer of the Cabildo’s Participation Platform. There appears one of the fringes of the Participa GC platform: “The citizens don’t recognize themselves on this website; they don’t see the mayor, they don’t see the technicians”, continues Pascual. The small number of users could discourage the entry of new ones. It’s the snake that bites its own tail.

Laura, who is responsible for ensuring that Consul works with the island’s particularities, gives some data: Some 1,900 registered users – 65% of whom are verified users – and more than one hundred initiatives proposed since September on a wide range of subjects, such as the improvement of public transport, the refurbishment of spaces for artistic uses, the introduction of improvements to pedestrian access in certain areas or the implementation of accessibility tools on municipal websites. The most voted one has about 170 supporters. “This workshop with CivicWise has helped me see the high number of supports needed as an opportunity and not a problem. An opportunity for institutions to invent face-to-face actions and publicize both the citizens’ initiatives and the platform”, he acknowledged at the end of the session. Lowering the number of braces needed may not be the best option. Opening up public spaces, gathering neighbors, connecting them through the platform, are actions that sound more like the responsibility of the public institution. When everything is to be done, it is the ideal time to experiment. Test, trial, error. There is no excuse for not inventing, prototyping, planting, and seeing if it grows, reminds us Alfonso and Ioana. 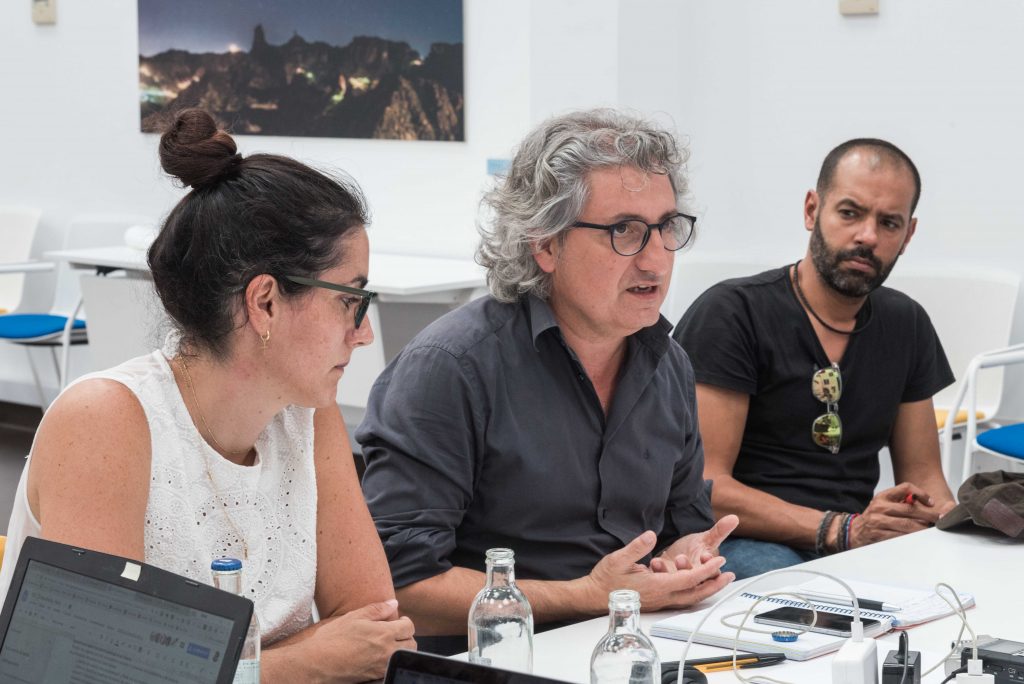 Jorge Artiles, general director of Participation of the Cabildo, was also present both in the laboratory and in the afternoon workshop. He was the one who recalled that in about four weeks the legislation that will give organic status to the participation will come into effect: “We wanted it to be robust enough and impossible to be taken down by the next government team,” he responds. But who should protect the participation in our cities and town councils? Laws or citizenship? “The ultimate guarantor of citizens’ participation in political decisions that affect them is themselves. The rules may not be enforced.” 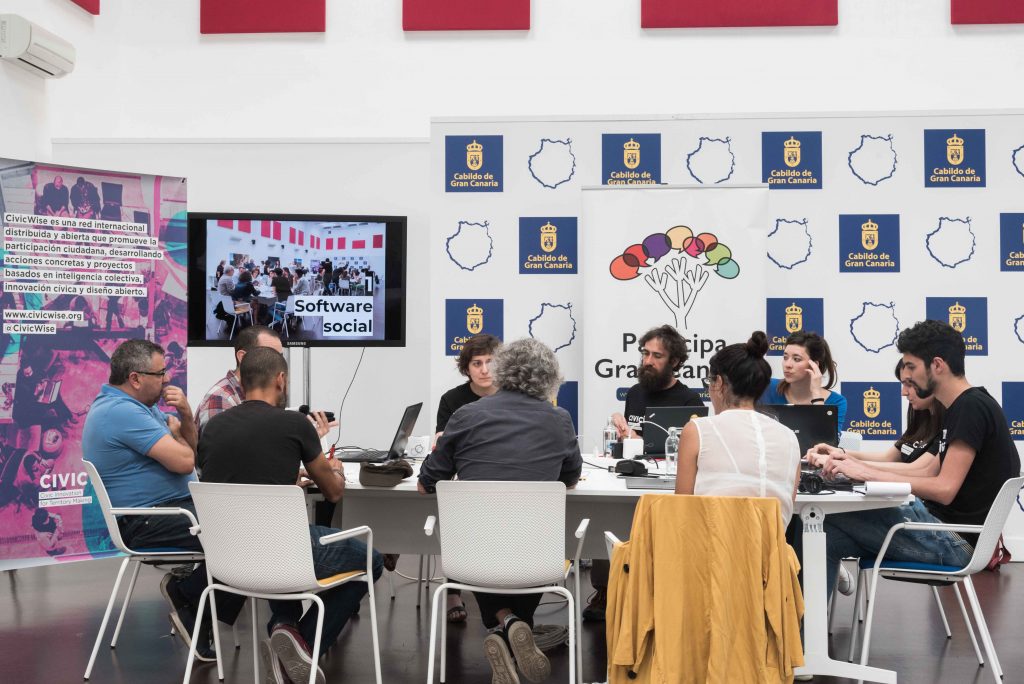 Four hours of citizen laboratory in which around forty people participated, including facilitators, technicians, officials and citizens, and another four hour of the CivicWise team’s workshop impulse together with the general direction of Participation. Even for Jorge Artiles, the person in charge of the area, to give his opinion about the network:

“I’m very interested in the work that CivicWise does, because events like the Glocal Camp bring together collective intelligence and collaborative work and expert design, and gather citizens, professionals, collectives and policy makers together. They connect people of different profiles to build new tools; that effort that the CivicWise network makes is part of the philosophy and vision that we have in the Chapter when it comes to building citizen participation”.

Report result of the workshop

Check out the conclusions drawn.

OUTCOME DOCUMENT OF THE WORKSHOP