Day 9 | The end, the beginning

The last day we had to resituate. To comment, to value, to share. And to begin to prepare the next Glocal Camp in Italy. But on the last day one of the leading projects of CivicWise Canarias was also presented: Islario.

It is structured around six general themes: Shared City, Civic Economy, Prosumer Citizenship, Equality and Care, Ecological Transition, Culture and Creativity. María Tomé, one of its promoters, defines it this way:

“Islario is a laboratory for citizen entrepreneurship but also a meeting point for developing entrepreneurship collectively. It is designed for young people between 18 and 35 years old as a digital and physical space. The motto is ‘Let’s make the invisible visible'”. 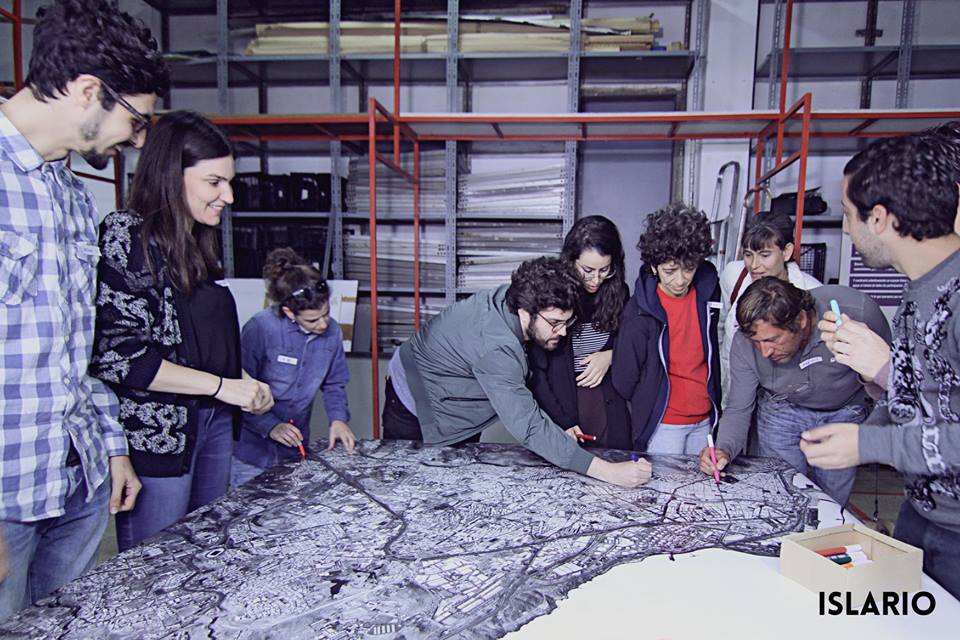 The concept of ‘entrepreneurship’ widens to take on a cooperative character. Islario offers online and offline tools. The digital meeting point is called Communify and the physical one is the 105 Space or the Civic Factory. In the first phase all the initiatives of Santa Cruz de Tenerife have begun to be mapped around the generation of projects in favour of the common good in order to create a physical and a digital map. “People are doing a lot of things but they’re not seeing each other,” María points out. Hence the motto and their desire to make visible what remains hidden.

Its six general themes share the spirit of the CivicWise philosophy. 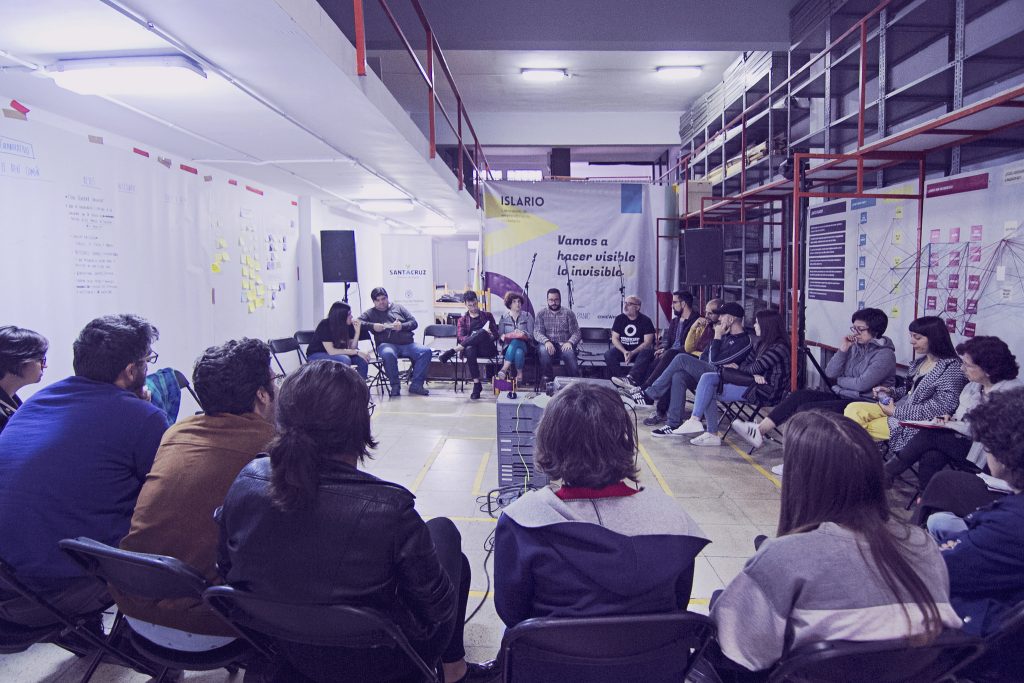 What we did at the Glocal Camp was a first experiment: we took advantage of the fact that an international community was coming to bring together three projects, Glocal Camp, Islario and the impulse of Space 105.

The most intelligent way of transforming society is through mutual entrepreneurship among our own projects that share value in favor of the common good. That is why we invited four local singer-songwriters to create an author’s concert.

They could represent the extent to which the project could be sustainable, and how it could bring together their talent, promote culture and creativity and generate economy both for a local project and for themselves. 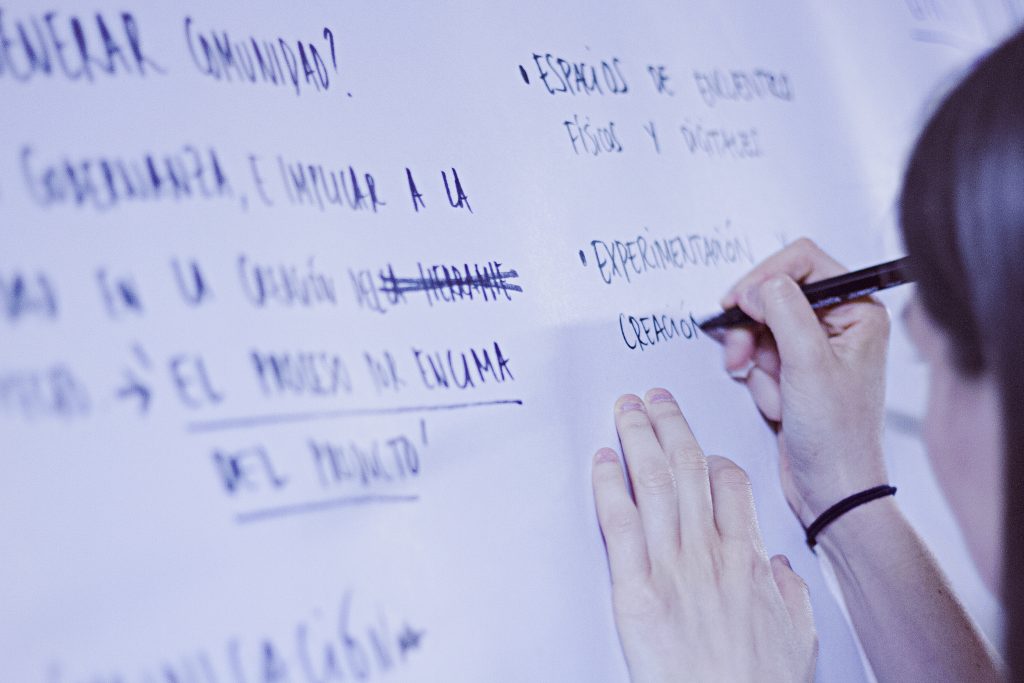 Around the Glocal Camp event, some conclusions emerged on the last day:

This last day also brought out the phrases that we kept in the bedroom during these days of Glocal Camp.

That CivicWise is easier to live than to explain, said Artemi. That we are beginning to visualize concrete actions and become a project of sustainable projects, said Irene, in which we still have to identify the personality of each one in order to know in what way she wants to participate. And that it would be good to look for formats that are not so intellectual. That FemenWise has gained strength, has expanded and understood better. That we have been able to bring more people than we thought to the Canary Islands to make visible what is happening here, said Bentejui, because this of inhabiting hidden peripheries is what it has. We have something very beautiful and we must also take care of the organisers and hosts of the meeting,” said Reichel, recalling the will to improve as a virtue. Virginia has lived it all the time behind the camera, but she is happy and Hulya considers the CivicDance inaugurated, and takes friends with her. That there is something between us, said Pascual, which is called glocalina, and thanked all the people who signed up for the adventure without knowing very well where he was going. Maje was excited and happy that the community was getting bigger and bigger. Pilar was surprised that there were so many excited young people who gave future and continuity. Natalia talked about the black market of knowledge that we have created. Ioanna defined Glocal Camp as a place of creation in which we manage to generate enough freedom and the amateur spirit to turn it into a space of creation. That minicaos that is generated helps to create.

To generate something as beautiful as the people who make it up. 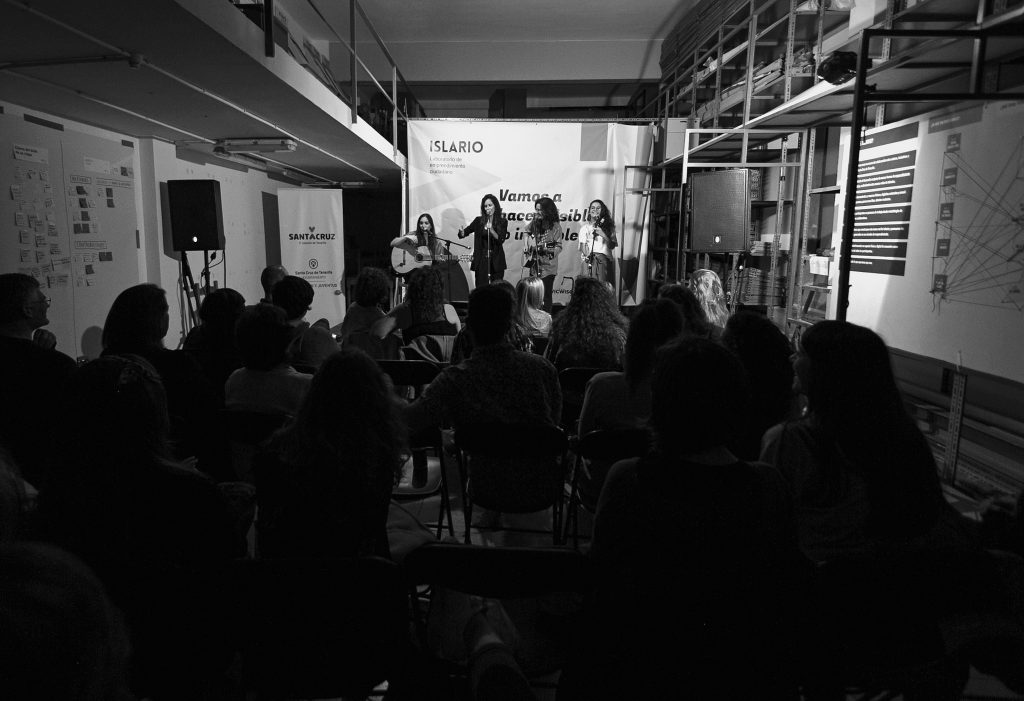 On the occasion of the next edition of the Glocal Camp in Modena, we interviewed Silvia Tagliazucchi, who will be part of the hosted team for the 5th Edition of our international meeting. 🙂